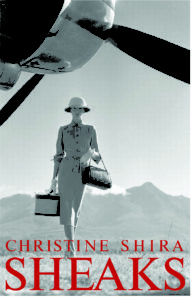 Christine started her career in the casting office of her favourite TV show, Moonlighting. After four seasons, Christine moved to New York to work for famed Casting Directors John Lyons and Donna Isaacson where she became their Associate Casting director working on such award winning films as Barton Fink, The Hudsucker Proxy and Fargo.

Eventually, John Lyons went on to produce for director Paul Thomas Anderson. He asked Christine to cast his films: Hard Eight and Boogie Nights. Christine won the Casting Society Award for Boogie Nights and Oscar nominations followed for Burt Reynolds, Julianne Moore and Paul Thomas Anderson. The film became a spotlight for some of the most talented actors of a generation.

Christine had the honor to work with the king of Independent film, Kevin Smith, when she cast Jay and Silent Bob Strikes Back. She forayed into Scary Movie (where she discovered Anna Faris). She was then at Warner Bros. where she cast the $100M movie, Deep Blue Sea, Thirteen Ghosts for Joel Silver and Welcome to Collinwood for George Clooney. The Cullen Brothers pulled her back into television where she cast the show Lucky for F/X and she found the then unknown, Craig Robinson. In total, Christine has cast more than 50 feature films and television projects.

Following in her mentor’s footsteps, she helped set up the Indie Cult film, Thursday (Aaron Eckhart and Thomas Jane) directed by Skip Woods for which she received her first producing credit and second nomination for a C.S.A. award.

Over the moon for their award winning short film, Wow and Flutter, Christine began a long association with the talented filmmakers Gary and Anne Lundgren (Redwood Highway, Calvin Marshall with Steve Zahn) and their latest Phoenix, Oregon with James LeGros and Jesse Borrego.  She also felt privileged to work with Richard Montoya  on his highly anticipated directorial debut, Water & Power, based on his award winning play.

Four years ago, she created the popular Facebook Blog Indie Girl Consulting.  With over 40,000 followers, she celebrates “The love of art and a life of love.” She is currently creating a second blog based on her book The Wandering Shiksa as well as being a Co-Producer on the Korean hit show, DramaWorld.

Christine is a Producer on the feature film, Married Young , directed by Daniel Kaufman. It stars David Fynn (Undateable), Vanessa Lengies (GLEE),  Ever Carradine, Lucas Neff, Max Beesley, Jayson Blair, John Pankow, Mario Cantone, Nancy Travis and Gary Cole: The story of a man, his pregnant wife and his animated alter ego, MARRIED YOUNG is a poignant comedy about what it takes for a husband not to be a selfish douche bag. Married Young is currently in post –production.

Christine is also producing the 18 million dollar Indie, Sky Fighter – written and directed by Lukas Kendall. The short film of the same name was in competition at the L.A. Shorts Film Festival.